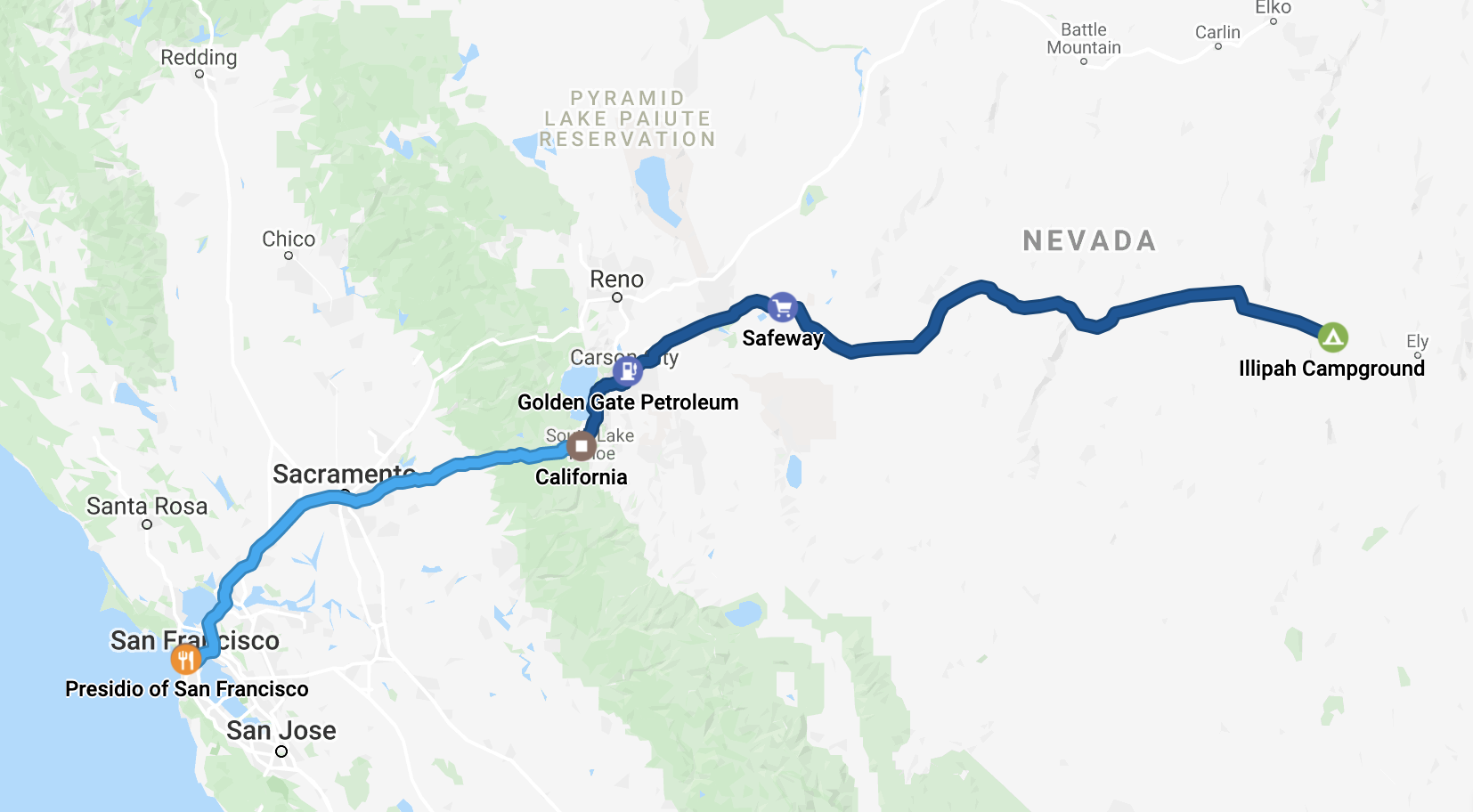 Background: Max and I have been unable to spend any time together this summer due to the Coronavirus pandemic. Since July, we have been planning a long road trip back to Chicago for school, with the plan to take a northern route through Oregon, Washington, Montana, Idaho, Wyoming, South Dakota, Minnesota, and Wisconsin, hiking and climbing along the way. Unfortunately, just like everything else in 2020, our plans took an unexpected turn, so we had to drastically reroute. A freak windstorm hit Oregon/Washington the day before out departure date, causing dozens of intense fires and around 10% of Oregon’s population evacuated. Thus, we made a last minute decision to instead drive east through Nevada and tour Utah’s parks, rather than going north. We would then meet up with our original plan once we reached Yellowstone. 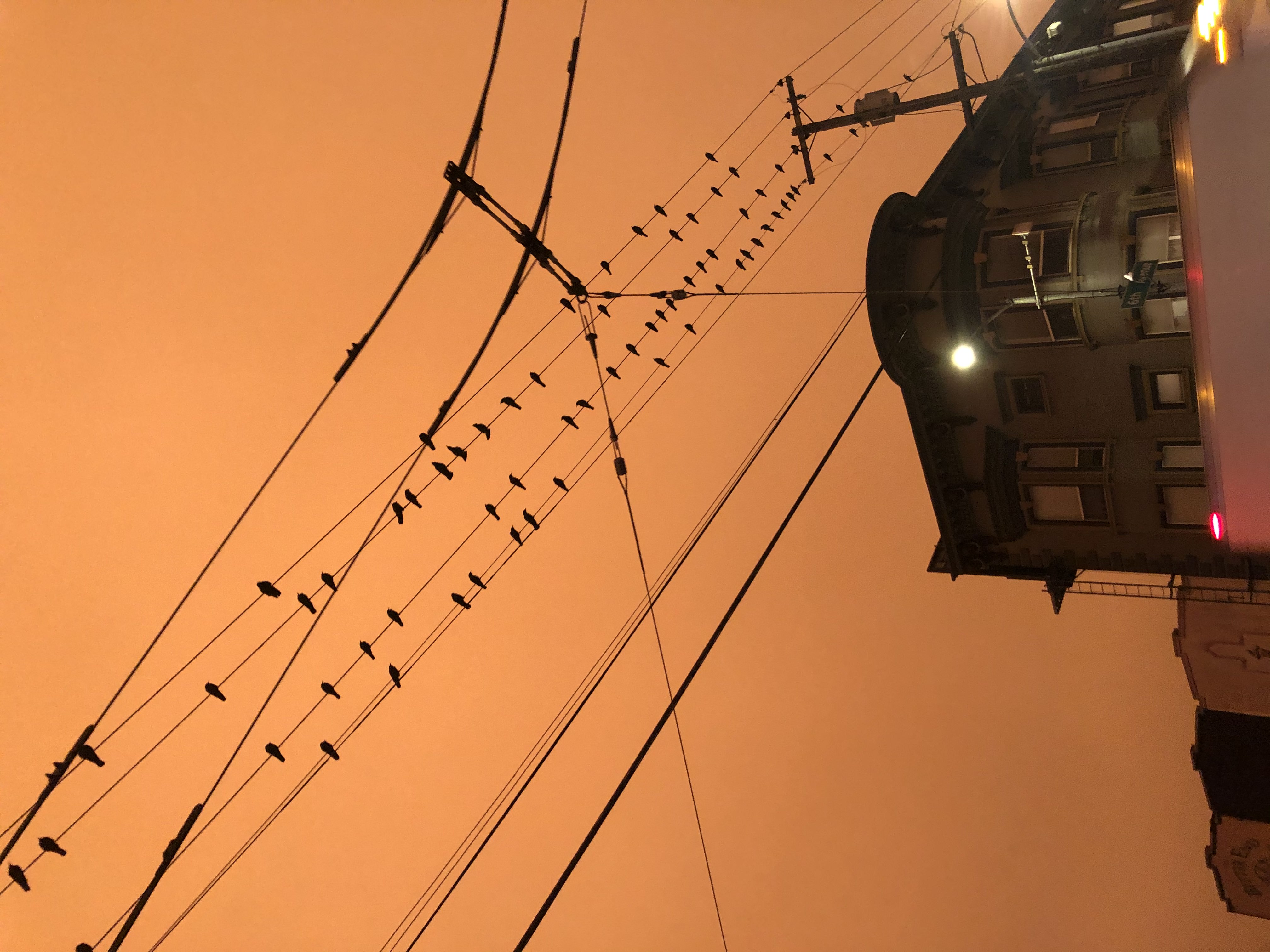 Day 1, 9/9/20: We woke up early in the morning to ominous fog+smoke completely obscuring the sun. Yellow to orange to red skies with no sun in sight. Eventually near Sacramento the smog dissipated, and the sun came out more, but smoke still coated the sky. It wasn’t until Lake Tahoe that we saw blue skies.

Stretched our legs along highway 50 near South Lake Tahoe

Once we crossed the border of Nevada (Max annoyingly calls it NevAHda, and I correct him every time–although to his credit, he is consistent in pronouncing all spanish-originated-but-phonetically-warped words correctly and I respect that)), we were both in uncharted territory. At first, we were a bit underwhelmed by the flat and desolate environment, but soon we reached the unique “basin and range topography” which characterizes the Great Basin desert. This is caused by the earth’s crust extending and stretching, creating parallel fractures along the fault. The hot mantle then pushes up the blocks in between these fractures, creating mountains ranges and surrounding basins. On US Route 50, the so-called “loneliest road in America,” we crossed countless of these ranges with basins in between. Besides a few sand dunes, rock formations, mining towns, and reservoirs, the 4 hours through the Nevada desert were mostly the same, but still incredibly beautiful in its own subtle way. 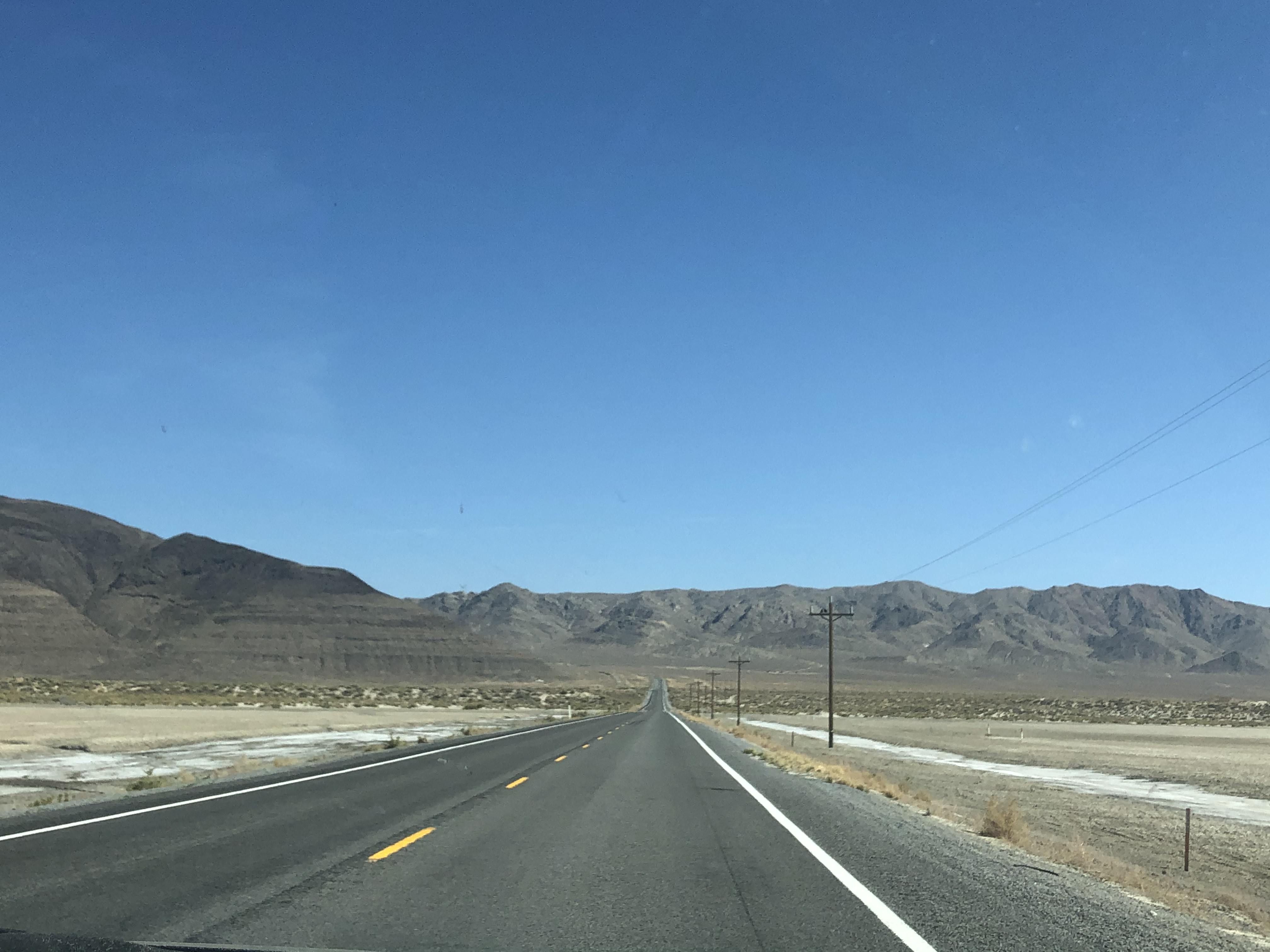 We settled for the night at the Illipah campground, a minimal and free BLM campground in one of the ranges, and located next to a reservoir. Beautiful spot, and absolutely no light pollution whatsoever (Bortle 1!!). We even saw a bright fireball jsut as we were about to go to sleep.

Here are some more random photos from day 1: (Coming soon)