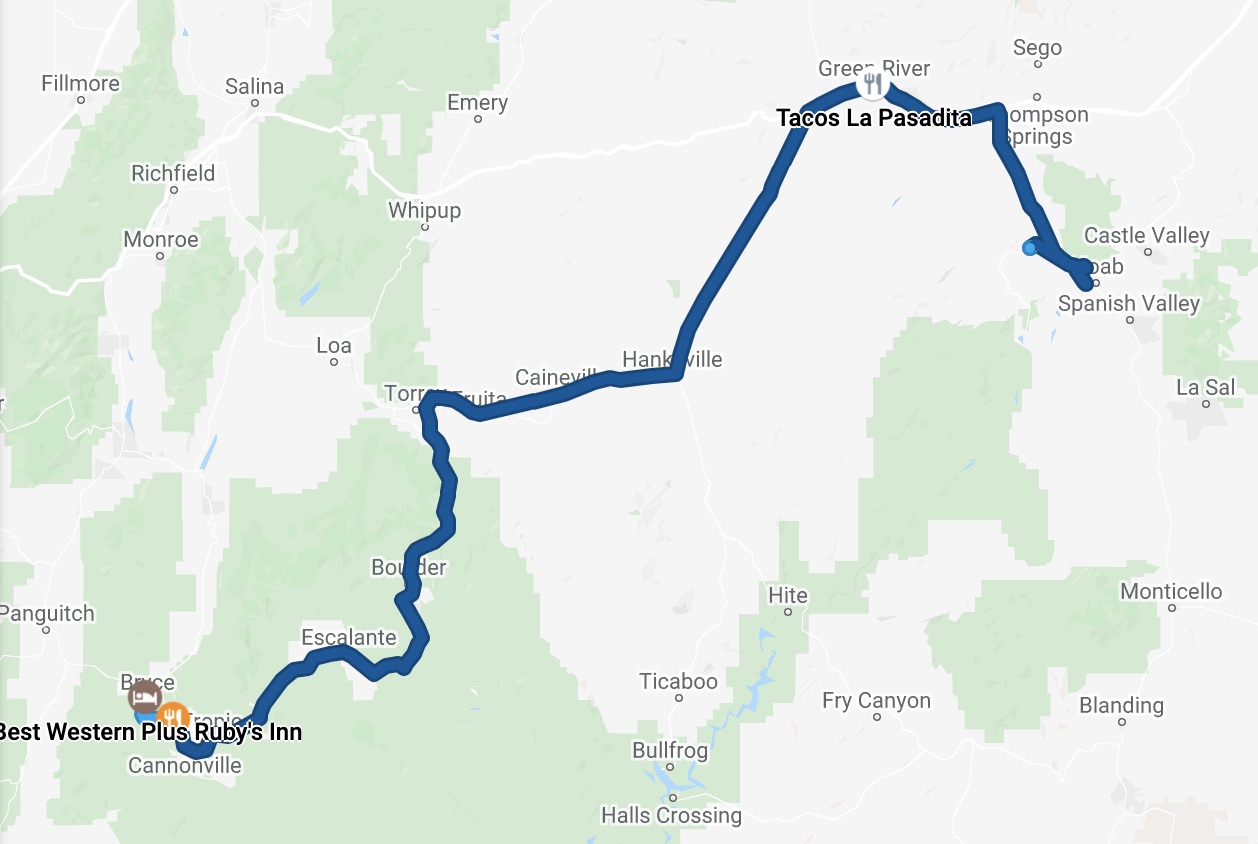 Day 3, 9/11/20: Ah Best Western, the height of luxury. Max and I slept amazing compared to our freezing night yesterday, and the temp dipped to 28 in Bryce as well, so we were glad we stayed in the hotel. We woke up pretty early so we could make it to Bryce Canyon before the crowds hit, and we chose a scenic hike to enjoy the rock formations up close. 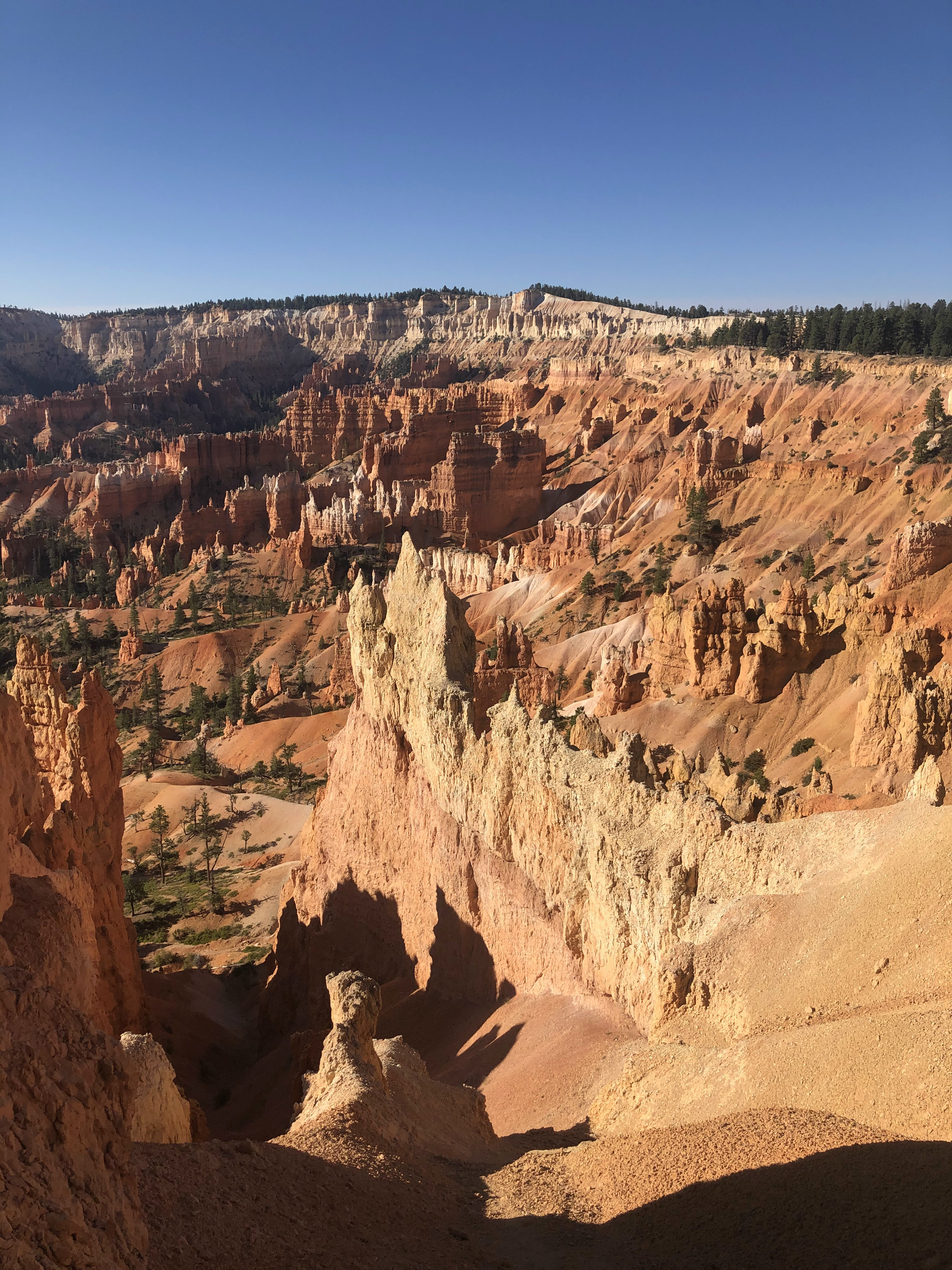 The distinguishing feature of Bryce Canyon are the “hoodoos”: thousands of tall limestone pinnacles that have eroded in a particular pattern. When it snows and melts, the water trickles into cracks in the rock, and then freezes overnight, breaking off holes in the rock. This process of erosion is still ongoing, so the area is constantly changing. They say if you listen closely at night, especially in the winter, you can hear rocks tumbling in the distance, sculpting new hoodoos and destroying old ones. 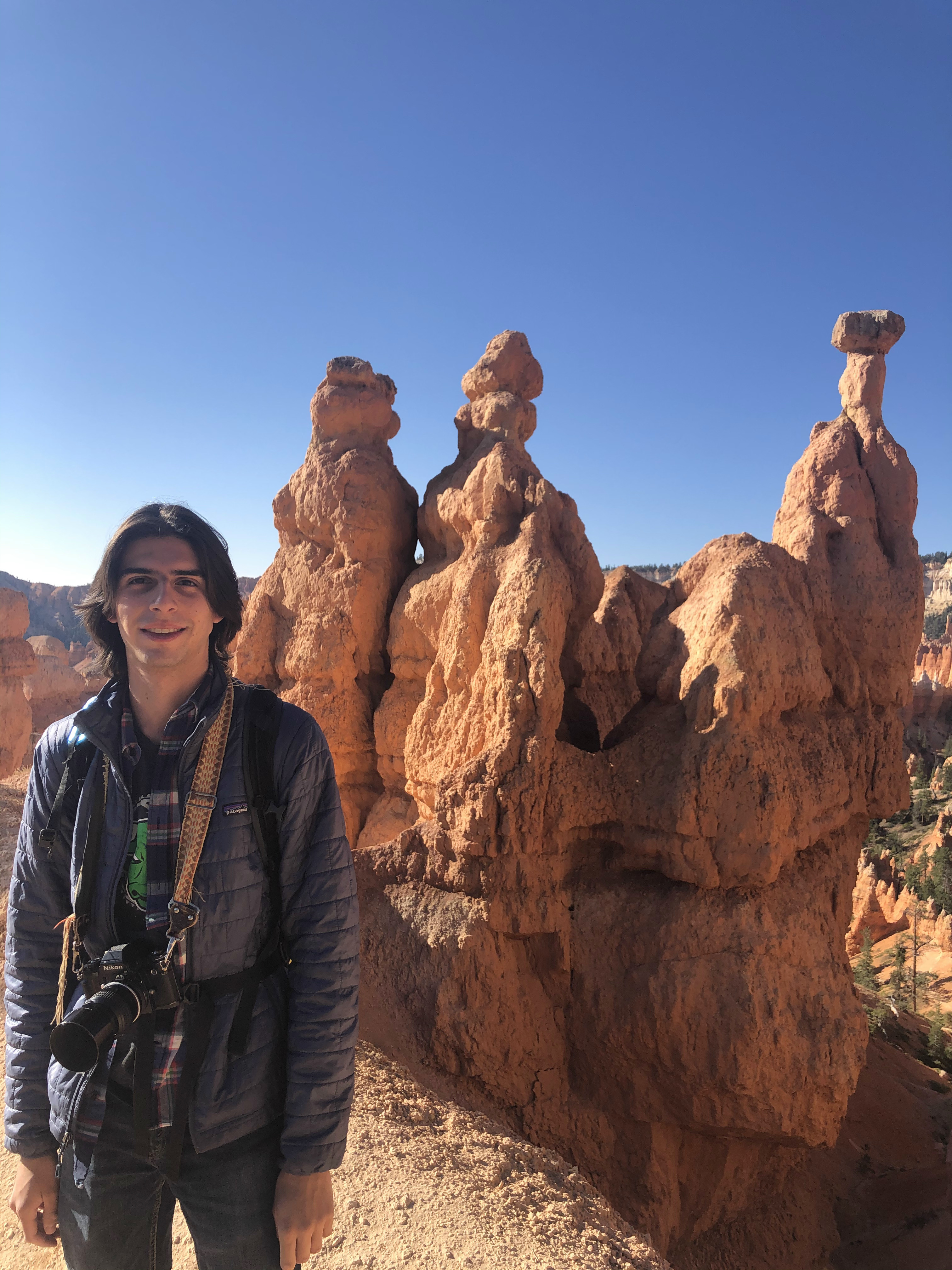 Overall, Bryce Canyon exceeded both our expectations. While I’d been there before, hiking up close to the formations was an incredibly different experience, and the views were never ending and spectacular. 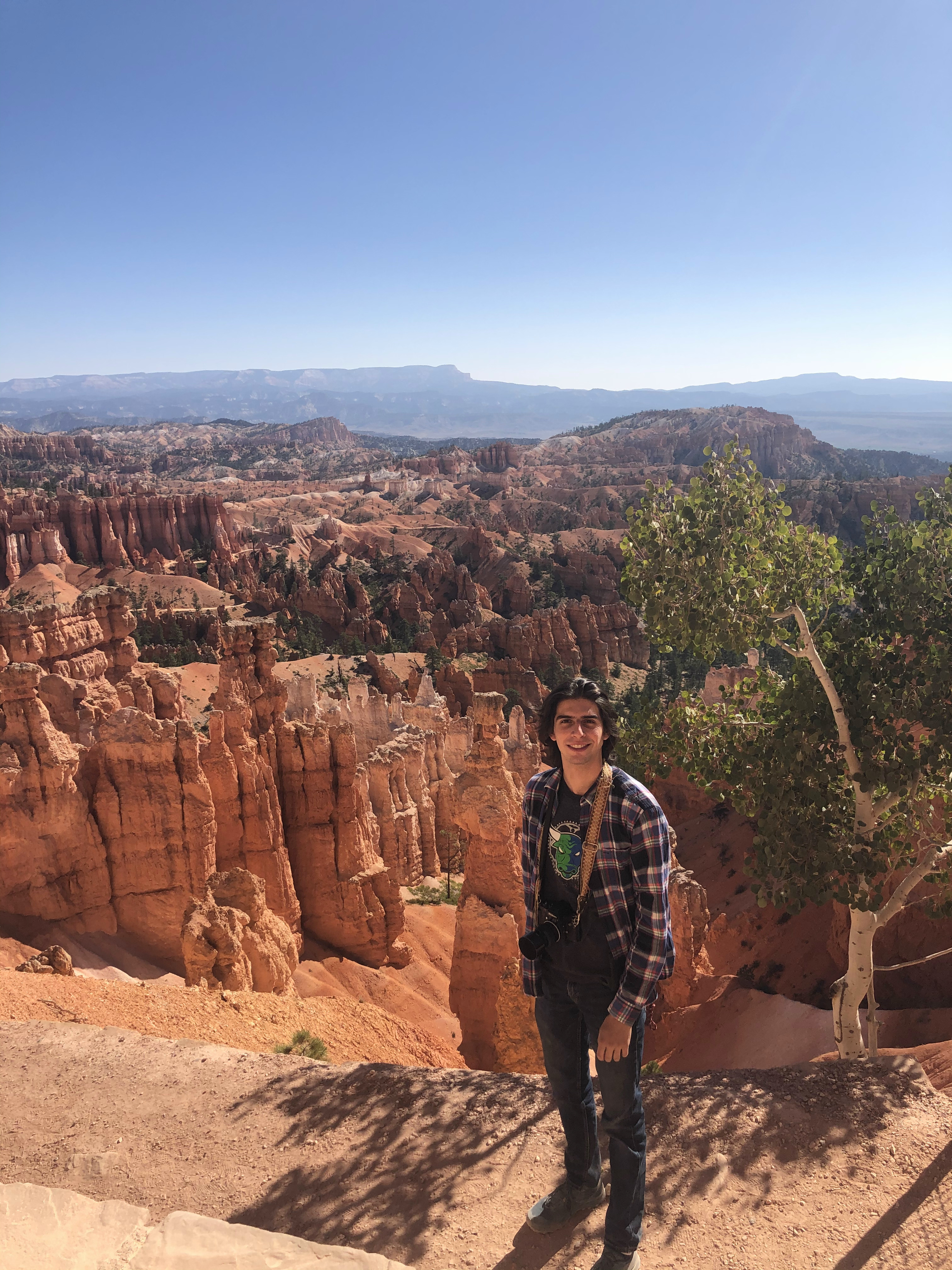 Next, we drove along Utah’s famous highway 12 scenic byway to get to Capitol Reef national park. This highway is known for showcasing the “Grand Staircase”–a series of ascending plateaus and vertical cliffs resembling a large staircase of multicolored sedimentary rock. As we drove down the highway, we could easily spot the 5 named layers, the Pink Cliffs, Grey Cliffs, White Cliffs, Vermilion Cliffs, and Chocolate Cliffs. There were moments when out of nowhere, the ground completely dropped off in front of us showcasing the next descending step, and the rock’s color completely changed all of the sudden. The beauty of this highway is almost too difficult to describe or even represent in pictures, and I recommend everyone drive it at some point during their lives if they can. 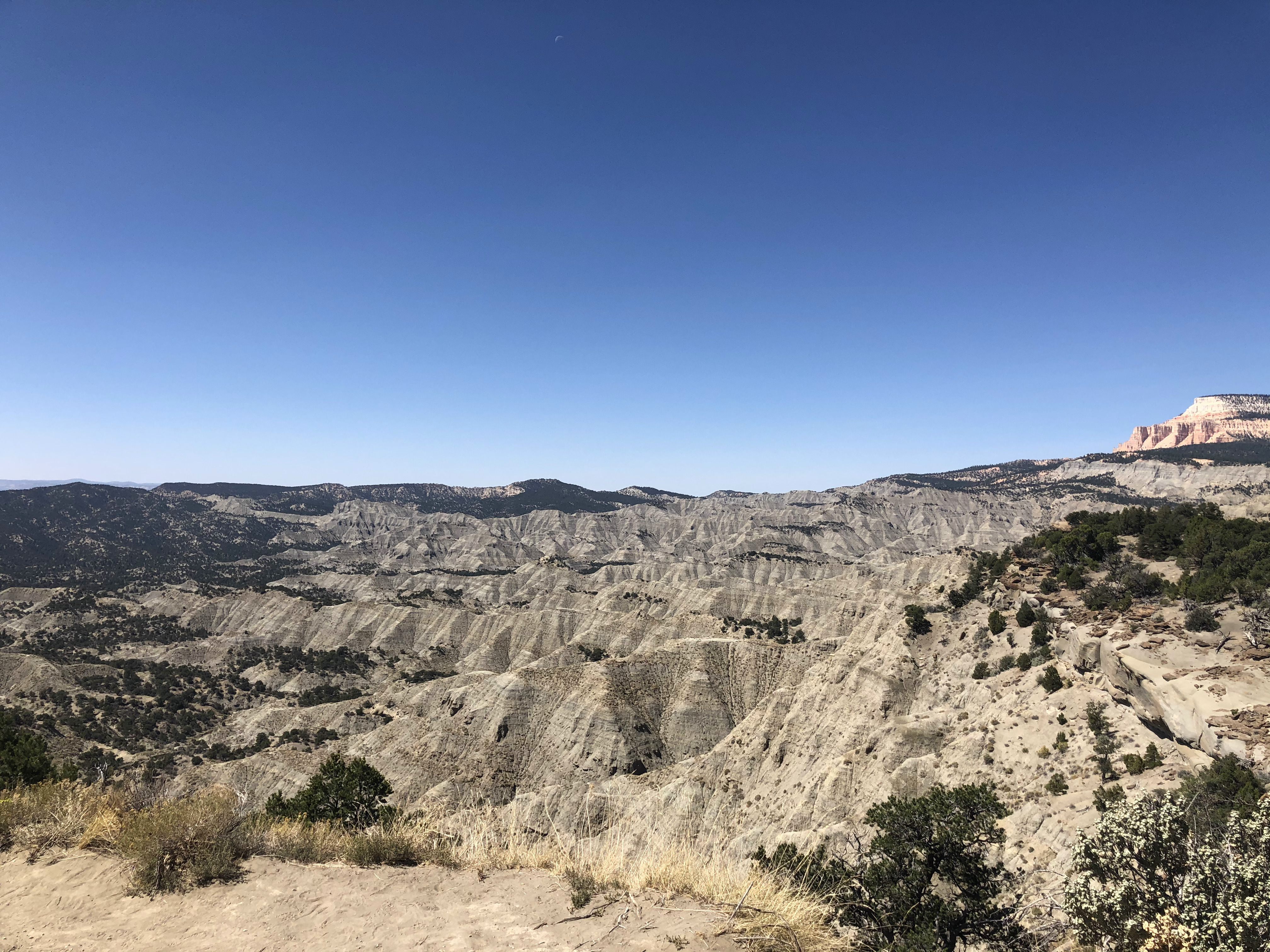 At the end of highway 12 is Capitol Reef national park, the least well known of the 5 Utah parks. While we mostly just drove through it, we did stop to check out some ancient petroglyphs carved into the rock. 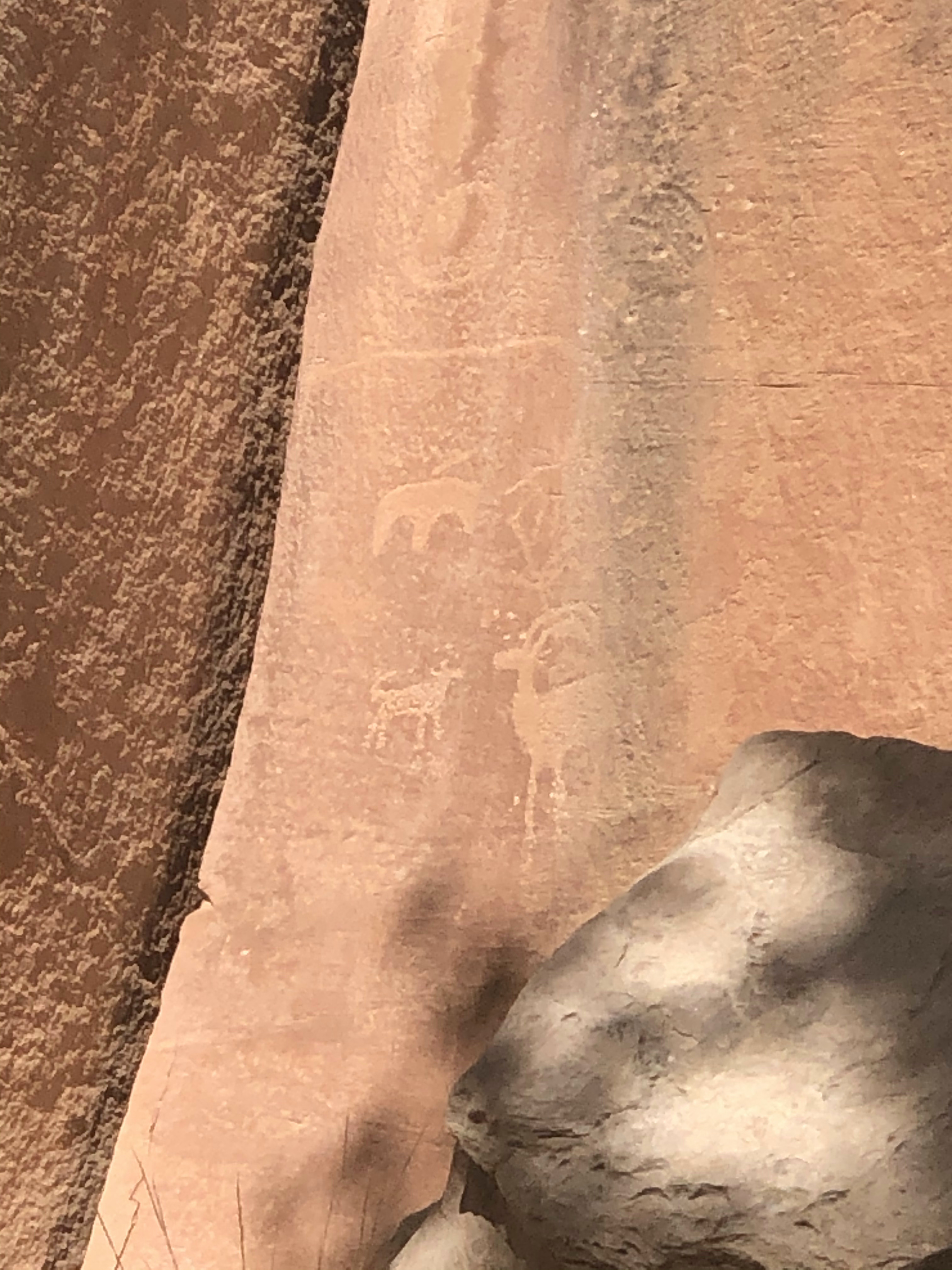 We decided to book it all the way to Moab, hoping to climb the next day. Also stopped for Mexican food along the way at a surprisingly authentic restaurant near Moab! Some of the best Mexican food I have had in a while. Anyway, we wanted to camp, but all the sites are first-come-first-serve. Luckily, right at sunset, I found a lesser crowded climbing area for the next day with a campsite nearby. Ended up being a beautiful spot in this strange wide open off roading park with infinite dirt roads. 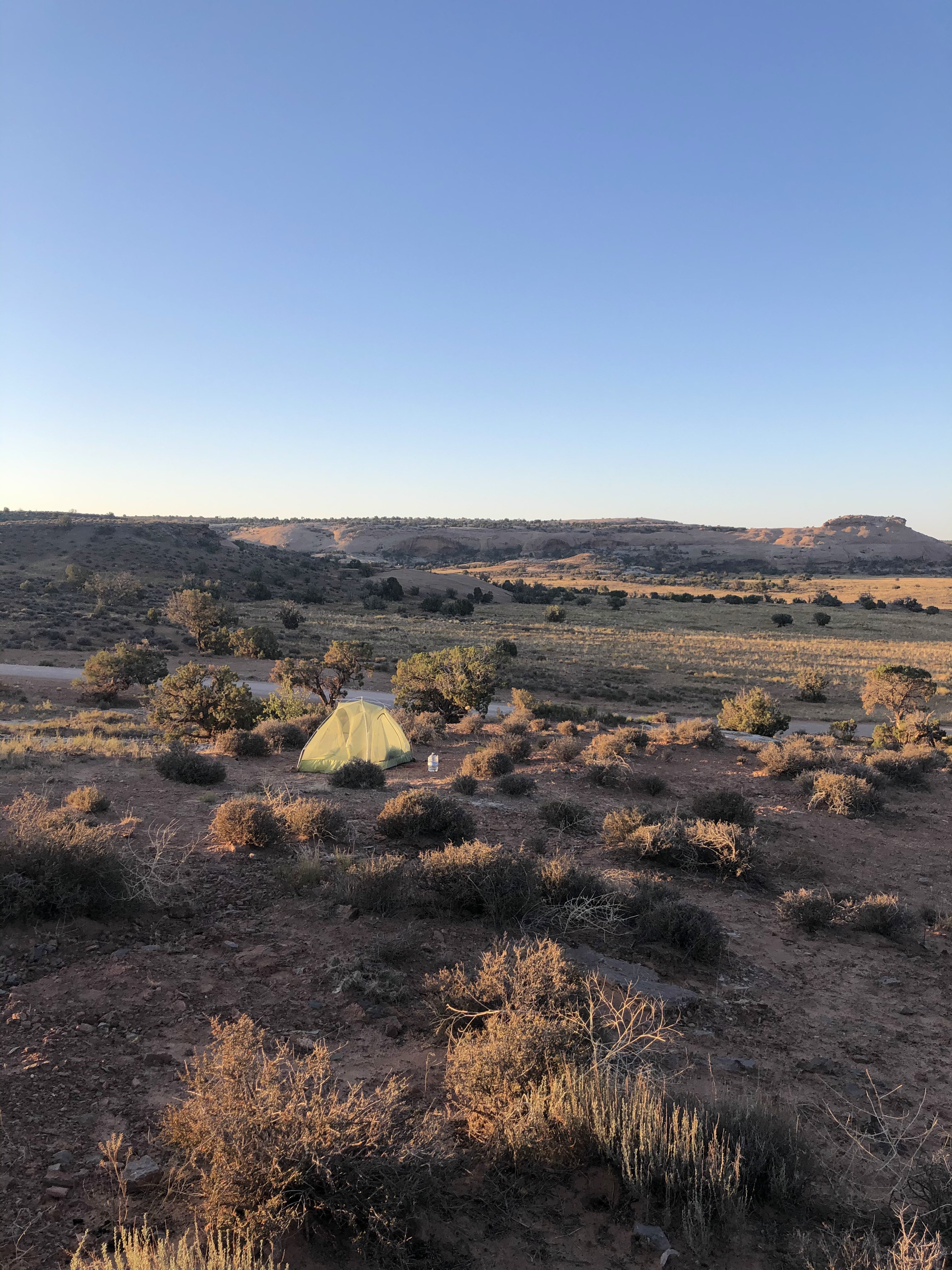