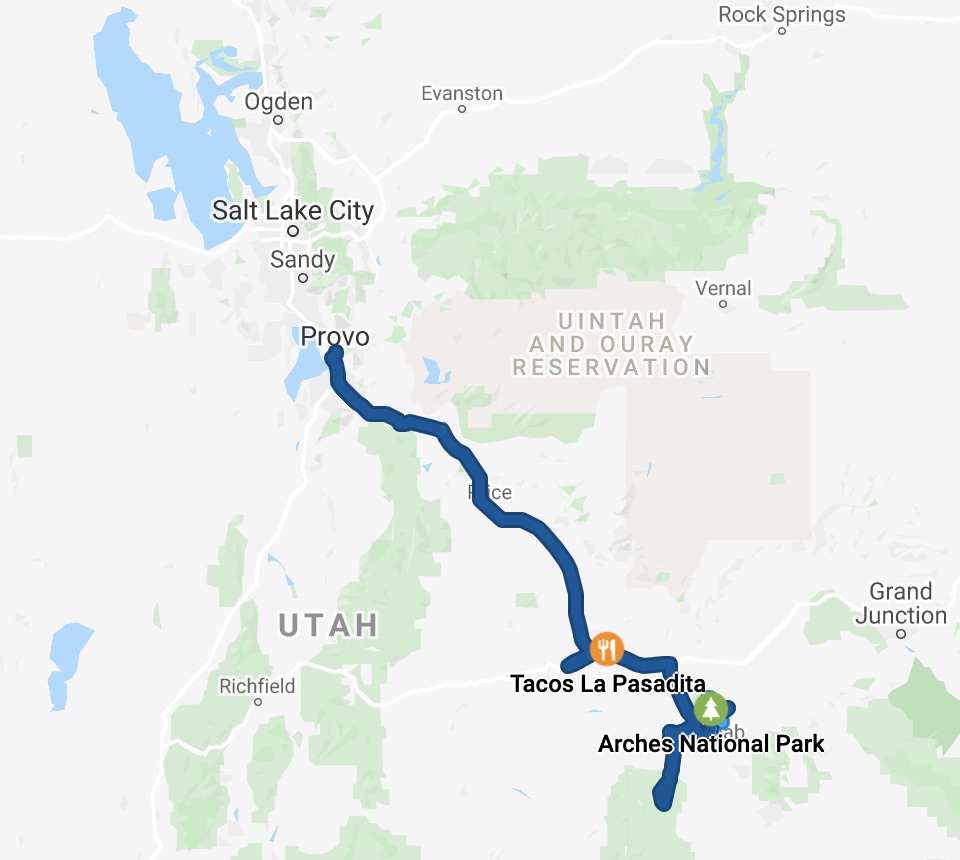 Day 4, 9/12/20: We actually slept well! We woke up with the sun, neither of us waking up much throughout the night. Well rested, we both sprung out of bed, ready to climb together for the first time in over 6 months. We drove straight to the crag, and luckily there was only 1 climber there who was top rope soloing. 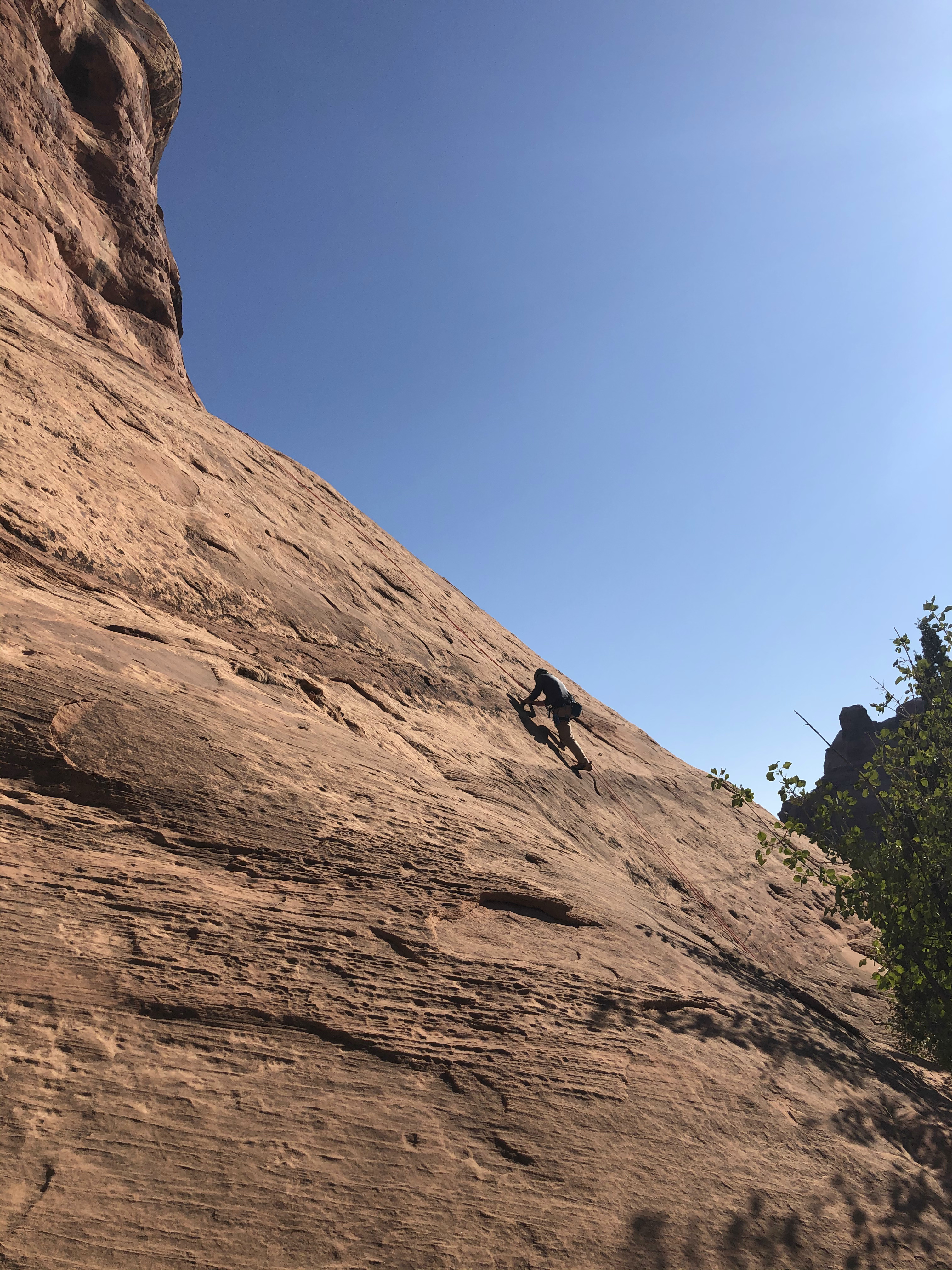 I was pretty nervous and excited to lead my first climb since the beginning of the pandemic. It was a pretty unfamiliar wall–a bit sandy and undeveloped, large enough spacing between bolts to spook me a bit, and not super well documented routes–but I picked a line that looked easy enough, and before I knew it I was on the wall. It went great, and we top roped a few more on that line before calling the half day of climbing. 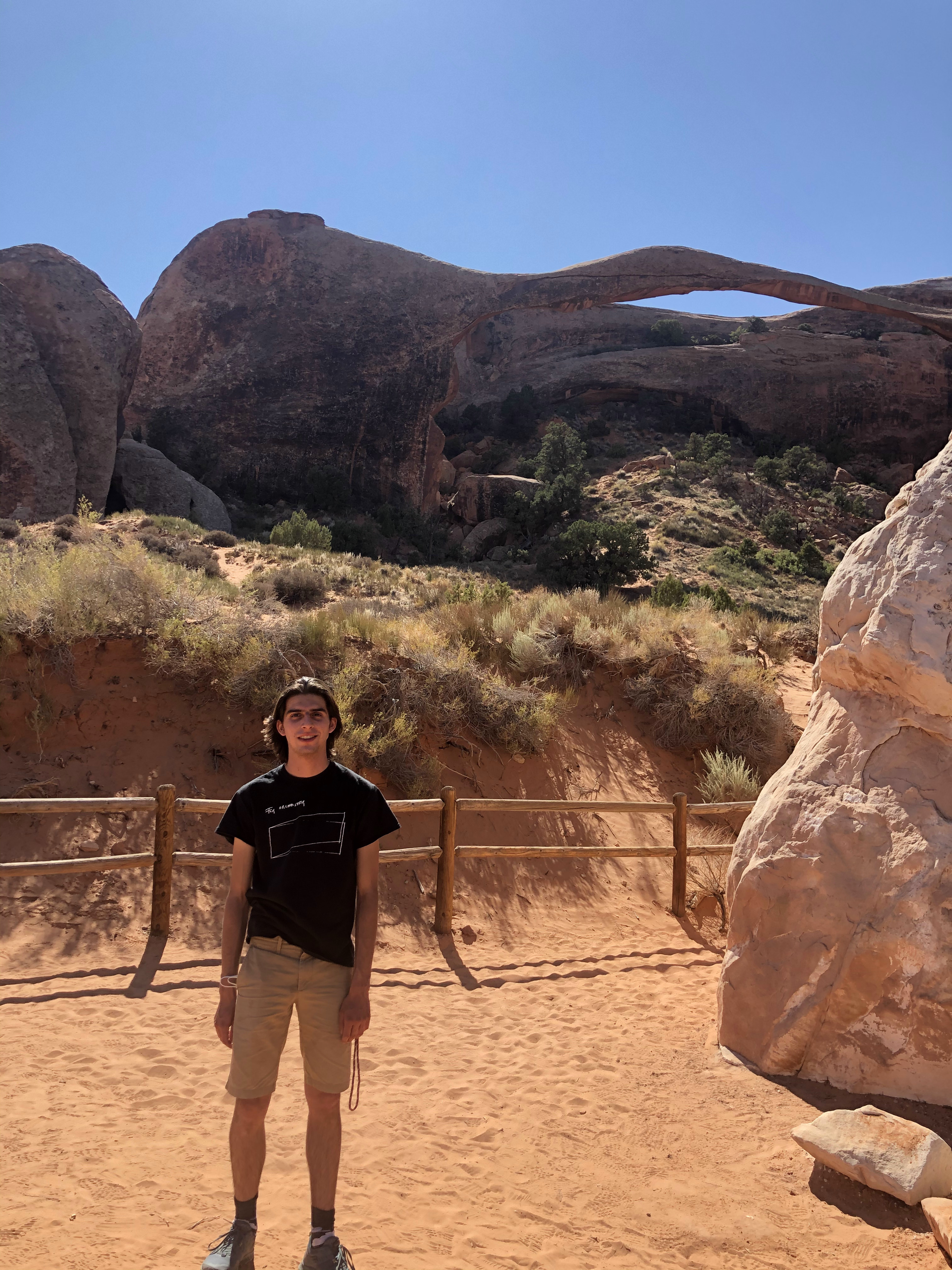 Next stop, Arches NP! Long ago, the Utah landscape was completely covered in oceans. Eventually, it evaporated, leaving hundreds of feet of salt. As more oceans and rivers came and went, it deposited sand and rock to form the iconic red sandstone. Yet, the salty foundation was not nearly strong enough to hold this weight, causing intense erosion to form these strange structures. 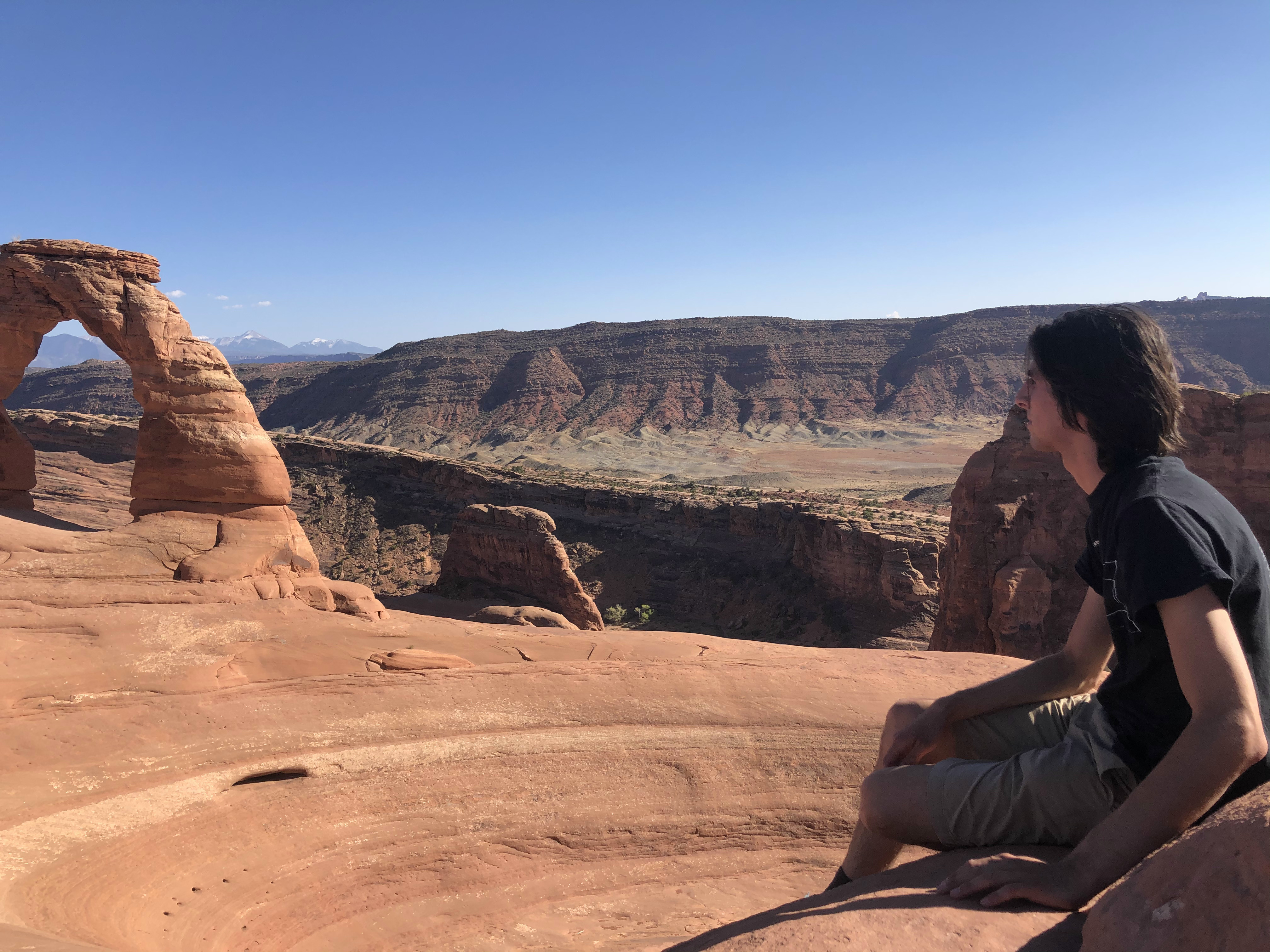 There was a long line just to drive into the park, and most parking lots were completely full. Yet, even in one of the most crowded parks on a Saturday in peak season, we still managed to find some solitude on a “primitive trail.” We also did some of the hikes to the famous arches–Delicate arch and Landscape arch. Crowded hiking that required lots of masks going on and off, but still totally worth it. One of the funniest moments of the day was in Arches when Max got attacked by a cactus while scrambling up a rock! Ouch. 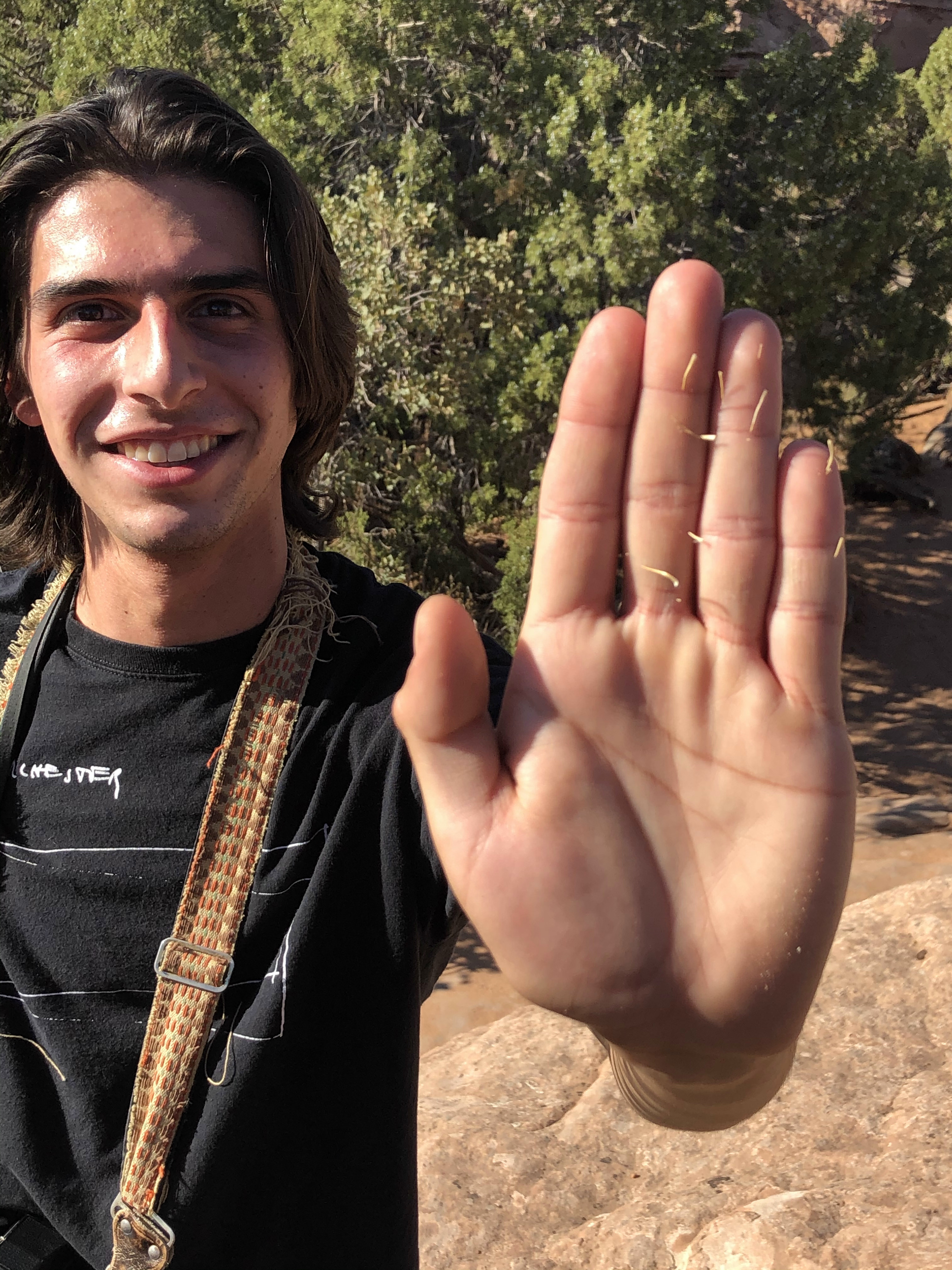 After Arches, it was getting dark, but we were determined to check the last Utah park off our list. We drove the hour to Canyonlands, and were once again blown away by the grand beauty and scale of the canyons within canyons within canyons. In Utah, everything is just so grand, extreme, and alien. We watched the sun set over the rocks, chatted with a few locals, and called it a day. 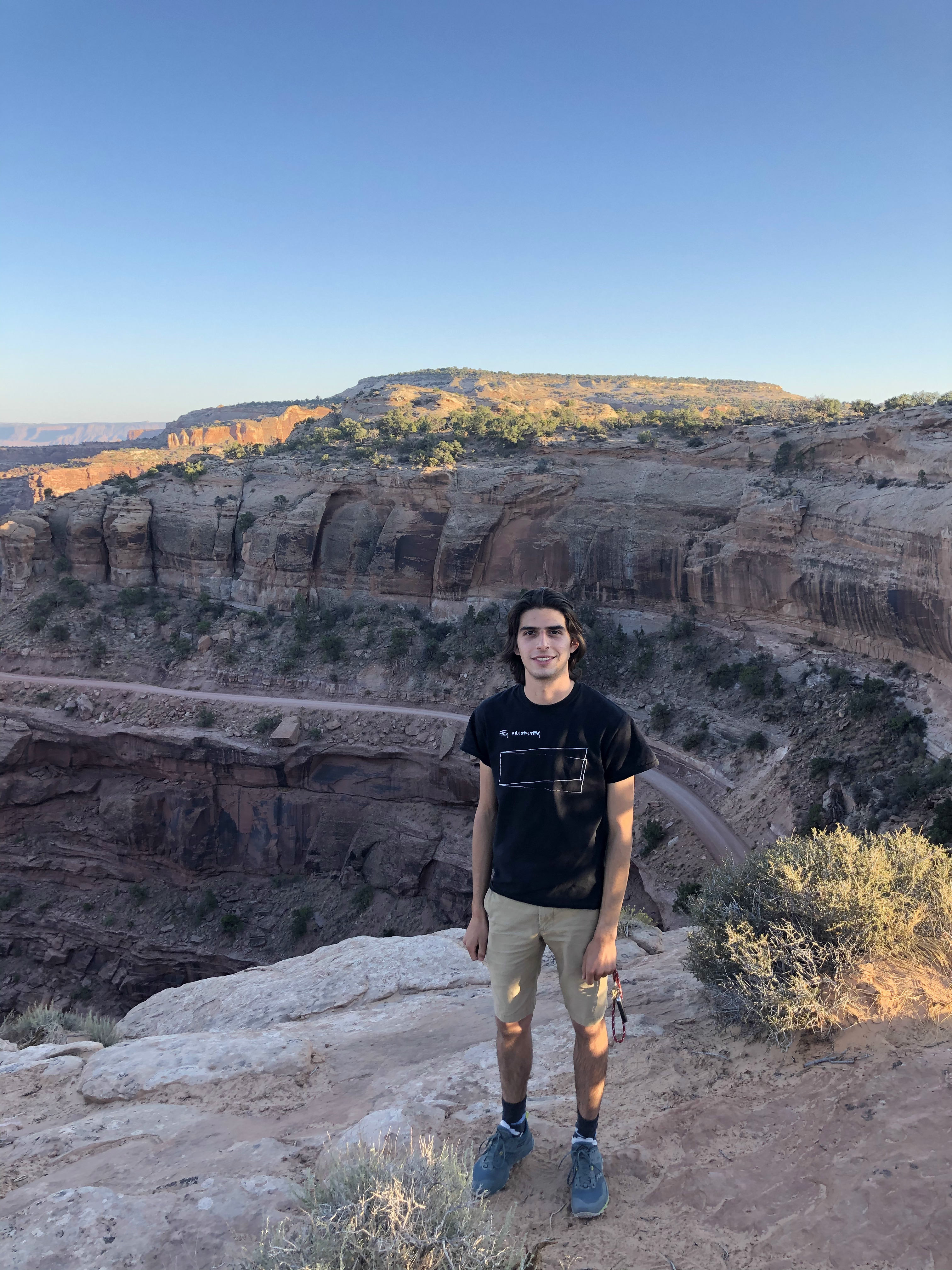 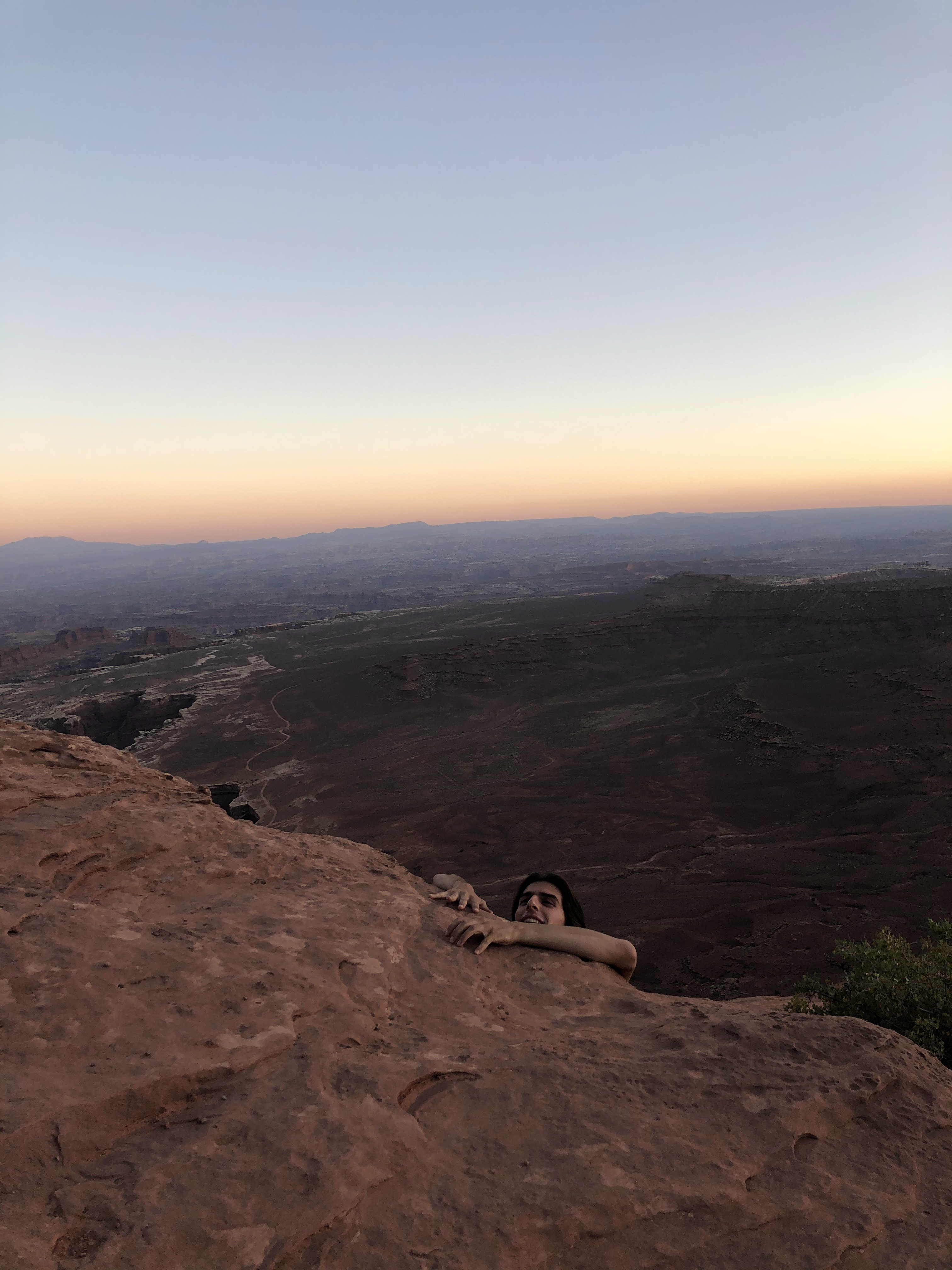 Max was feeling energetic, and we were both excited to move on to the next stage of our trip, so we decided to drive all the way to Salt Lake City in the dark. Midway through the drive, we found out the road we were on is considered one of the USA’s most deadly roads, due to its highway speeds, 2 lanes, and mountain twists, which definitely spooked us a bit, but it ended up being totally fine.

It ended up being a long and exhausting day, but wow was it fun. We fell asleep easily at the hotel.