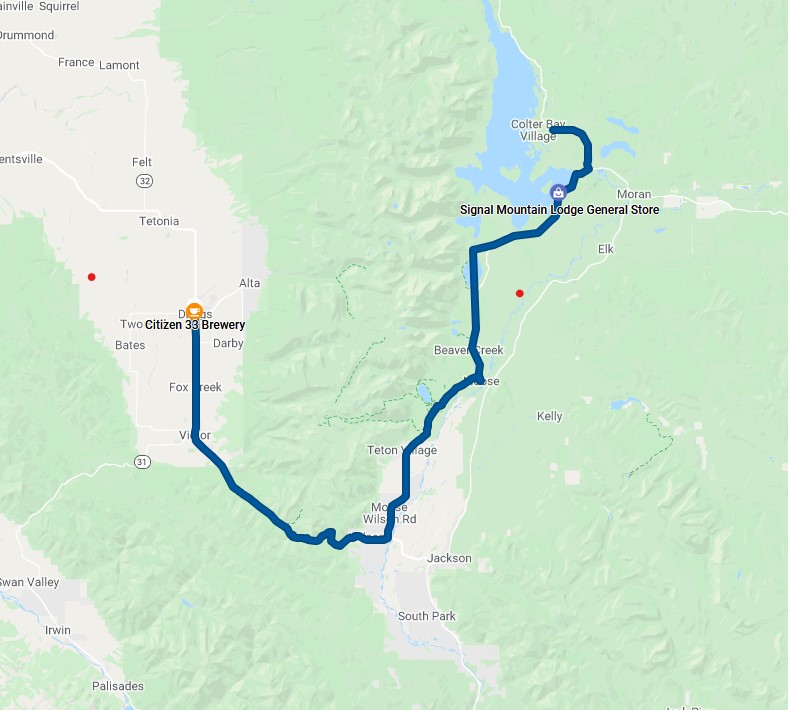 We now decided to drive into Grand Teton National Park. I still find that name hilarious by the way. Originally, we considered doing a crazy 20-something mile hike to the top of one of the mountains, but opted for something milder so we could see more of the park. However, I didn’t really realize that this was not the type of park you could drive through; the main road runs alongside the mountains, and you really have to hike into them to get the full experience. In addition, we were blown away by the amount of crowds. Even on a Tuesday, it was so crowded that we had to leave multiple parking lots because there was not a single available space. Eventually, we finally found one spot at a random trailhead, and since it was such a nightmare to park, decided to just spend the whole day based around that area. Sorta just hike around and see where we end up, but I had no idea what we were in for… 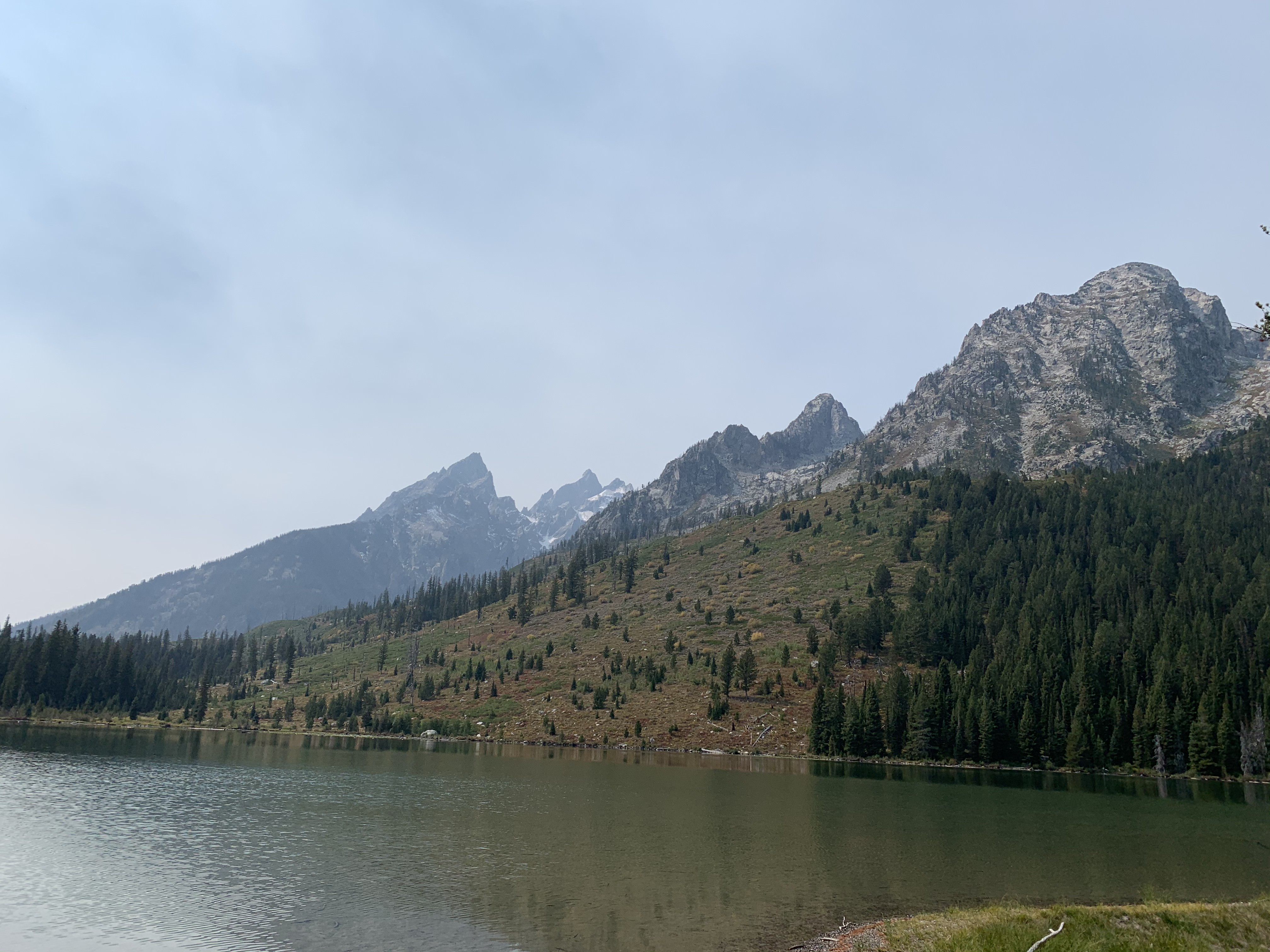 Quaint alpine lake at the trailhead

We grabbed a map and set off for the mountains in the distance, thinking we would just turn around when we felt like it. Quickly, we realized everyone around us had bells and bear spray in case of a grizzly encounter. We decided to take our chances. 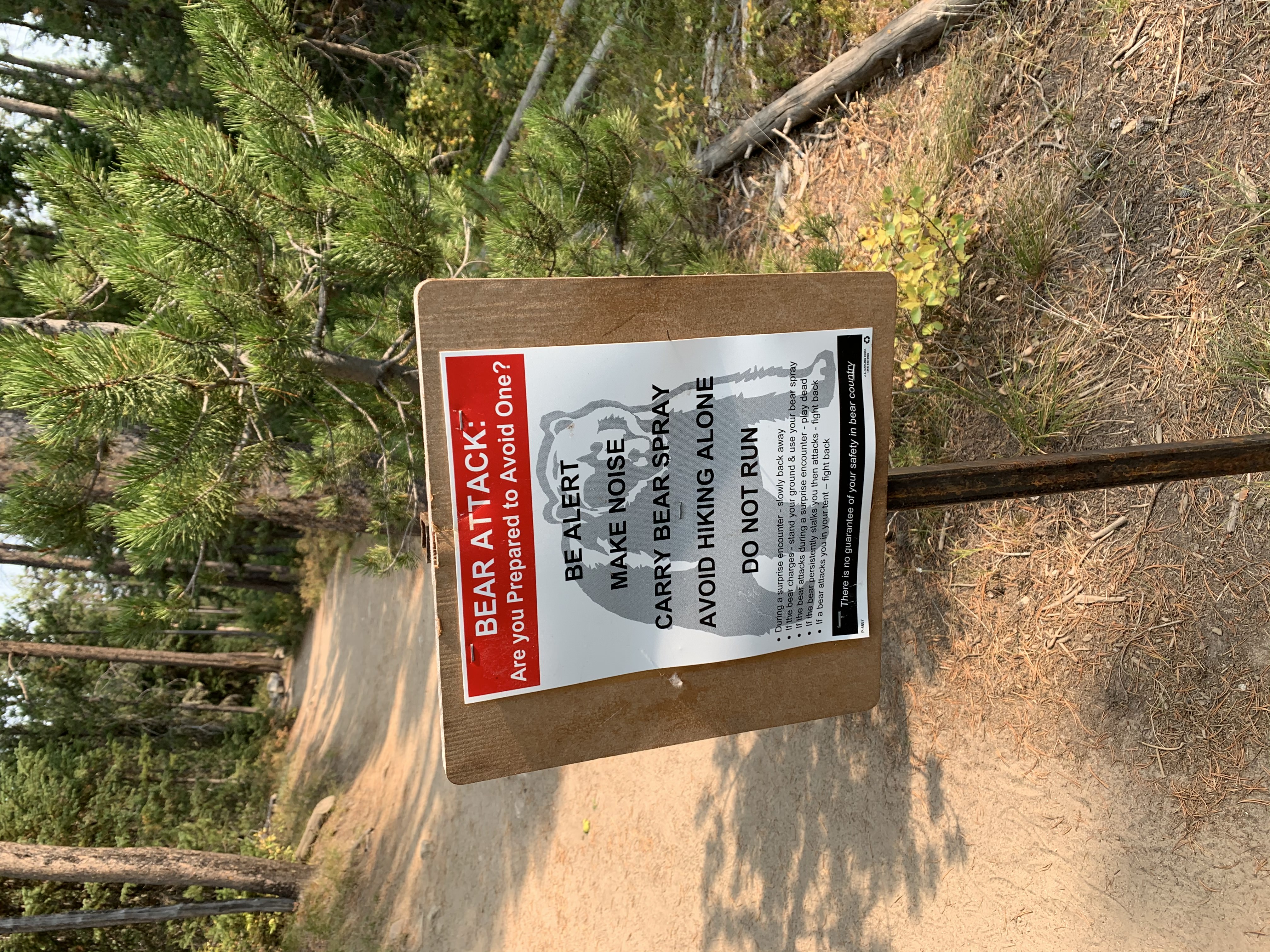 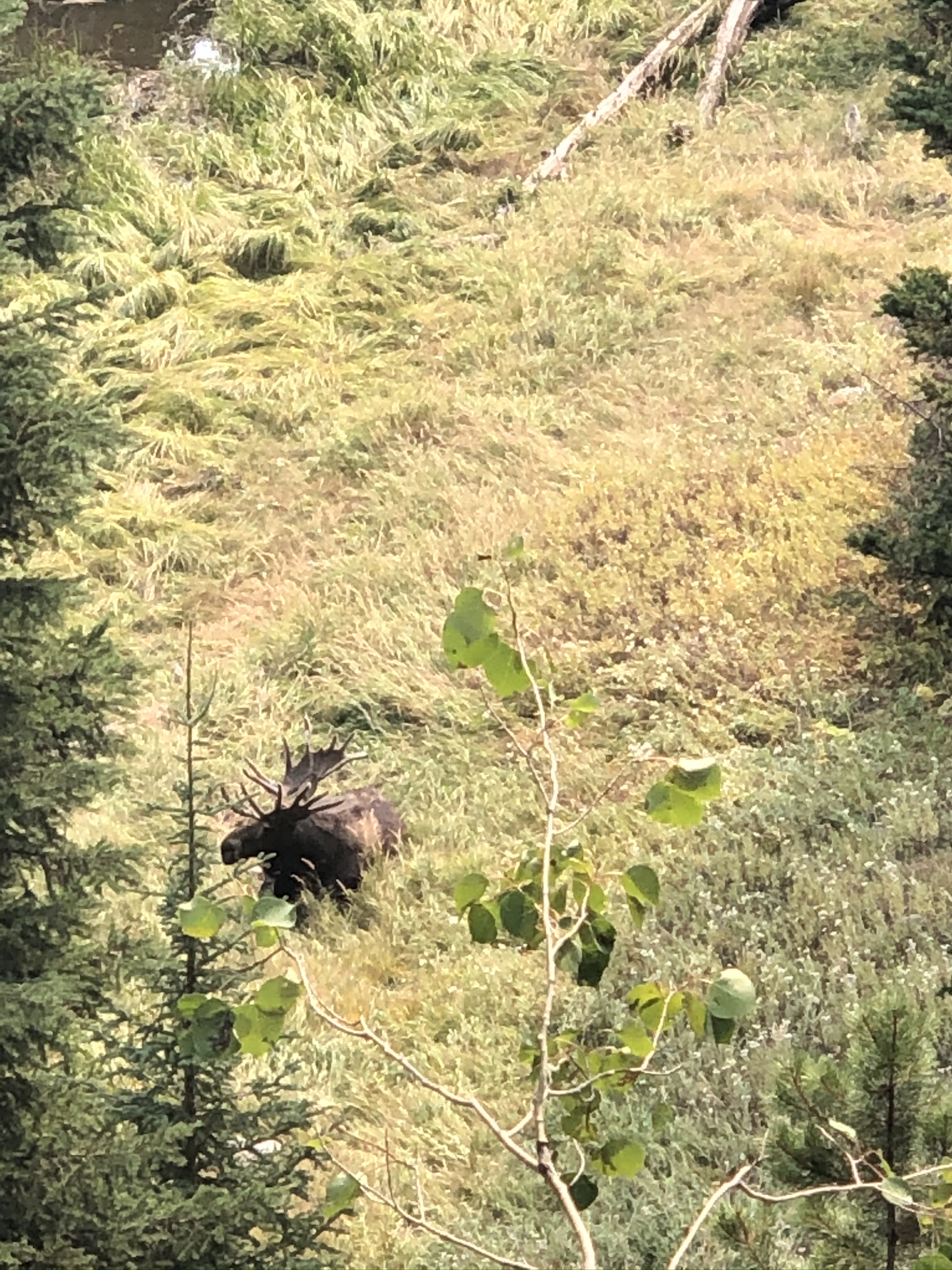 It was so refreshing seeing some lush trees, rivers, and fall colors compared to the rocky deserts we had spent our last week in. 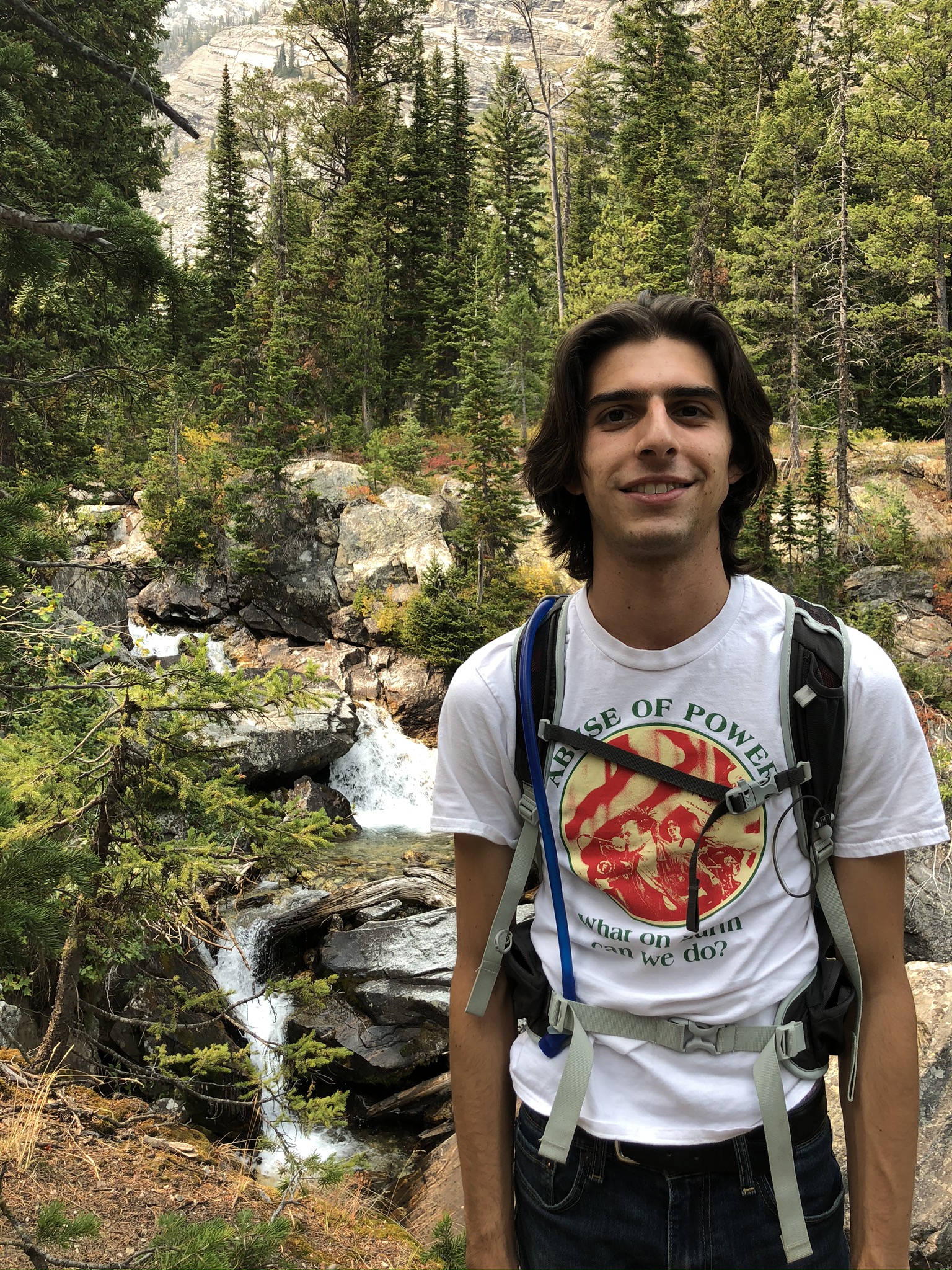 We were way too jazzed about seeing this river. Look at the joy on Max’s face.

We just kept going and chose to aim for a pretty far destination. It was continous uphill, and Max got so excited we were practically running up. We ended up ascending around 3000 feet (up to around 10,000), so catching my breath wasn’t exactly easy. Ha, we even got a few comments from hikers advising us to pace ourselves. Once we got to our destination, we joked about swimming in the lake, but my feet went numb from just dipping them in for a few minutes. 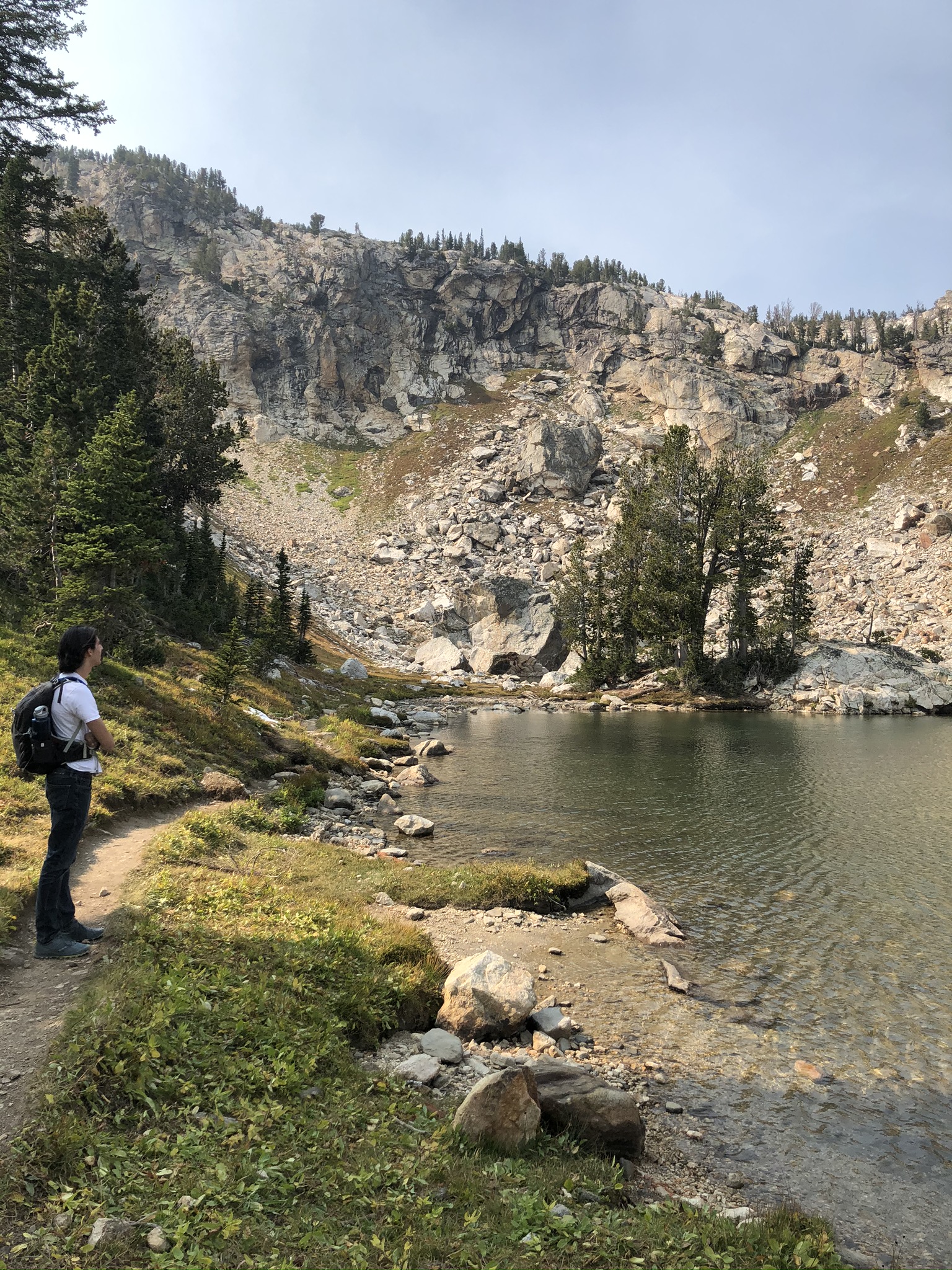 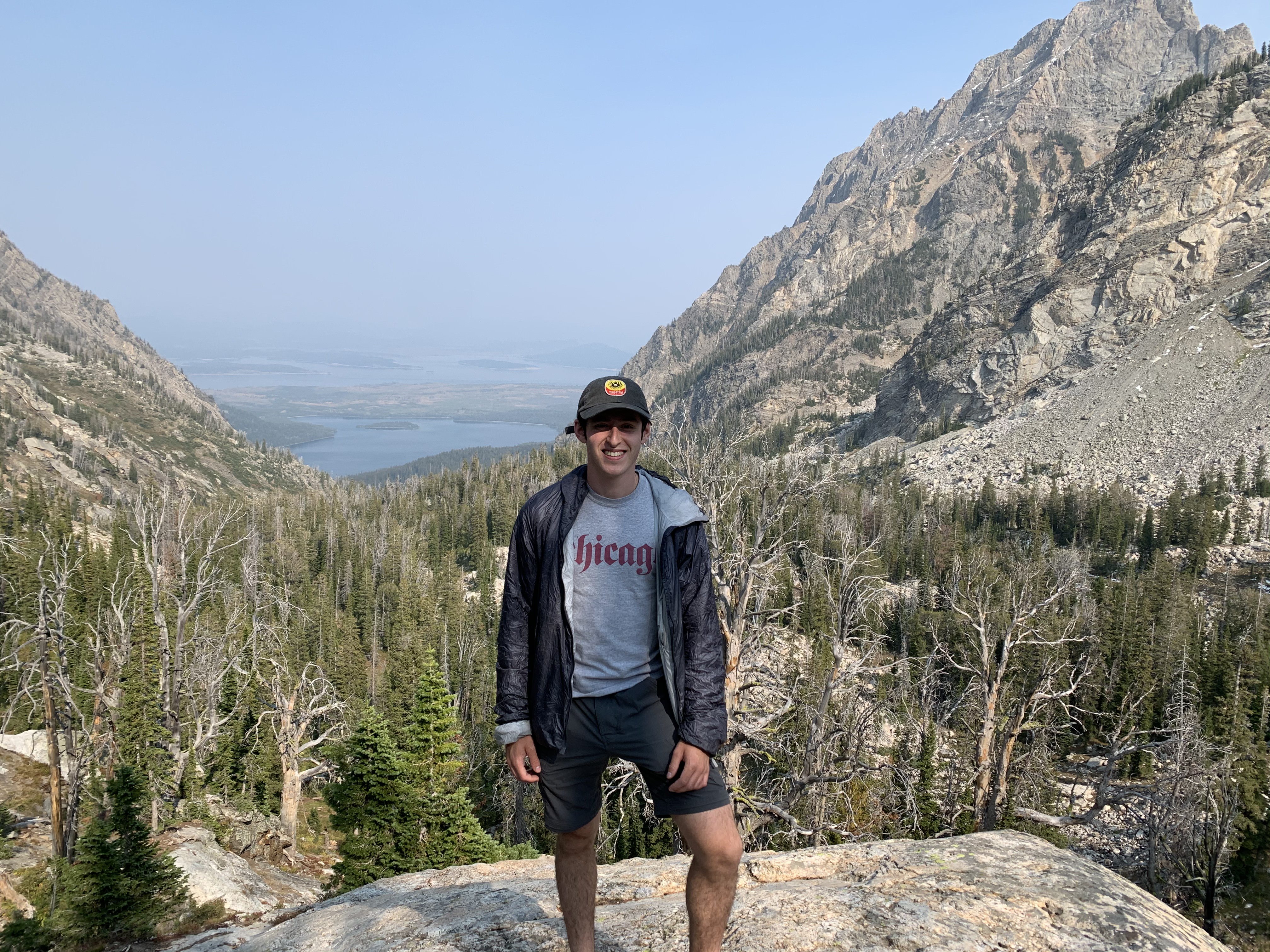 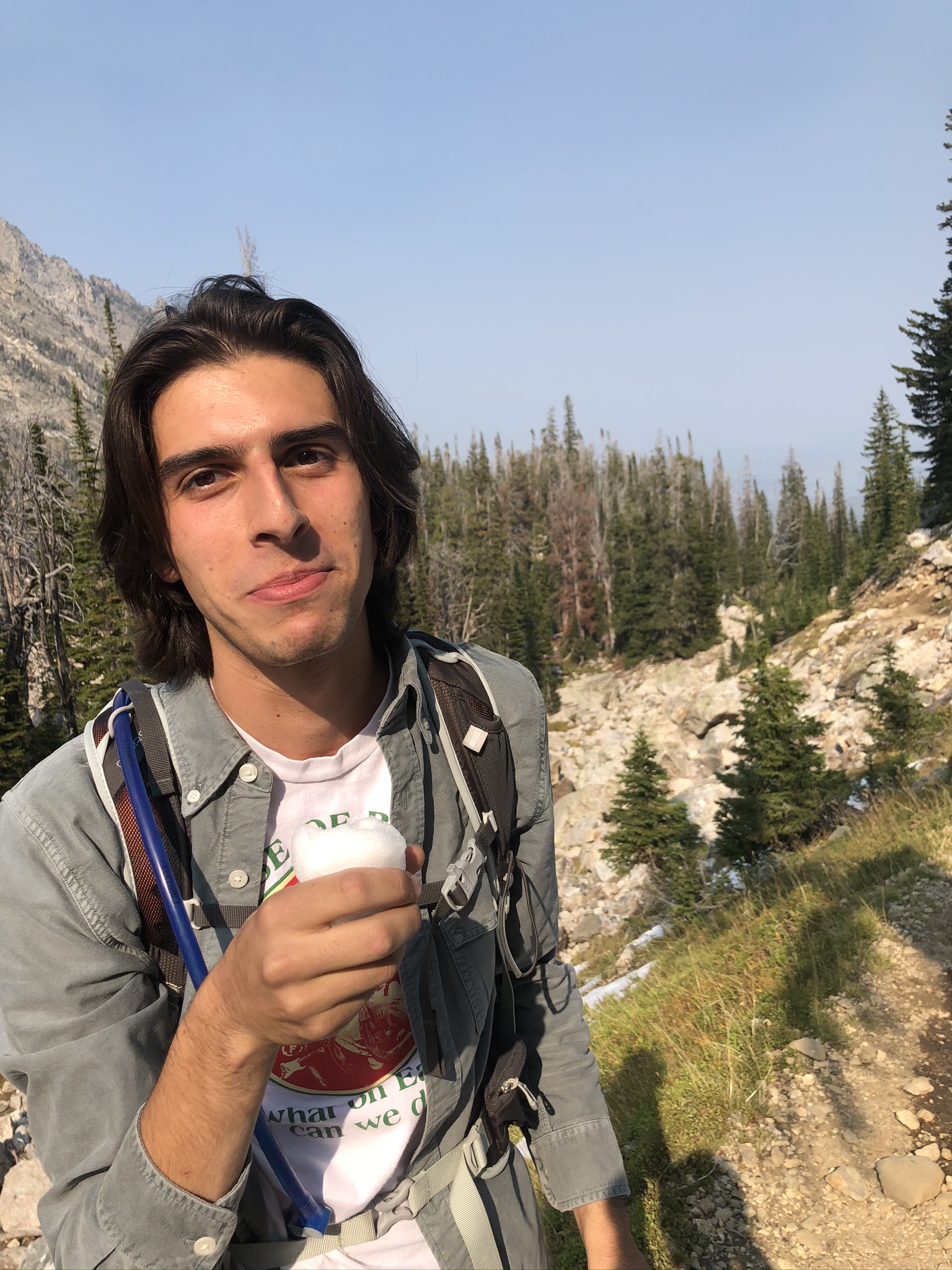 Also celebrated our summit with some fresh snowcones!

We also saw quite a large black bear on the way down!!! The first Max had ever seen, and we were quite thankful it wasn’t a grizzly.

Our hike ended up being around 15 miles, 3000 feet, and definitely the longest one I have ever done. Likely the most beautiful as well. We ended the night with a bonfire at our Yellowstone campground, along with a delicious sausage pasta. 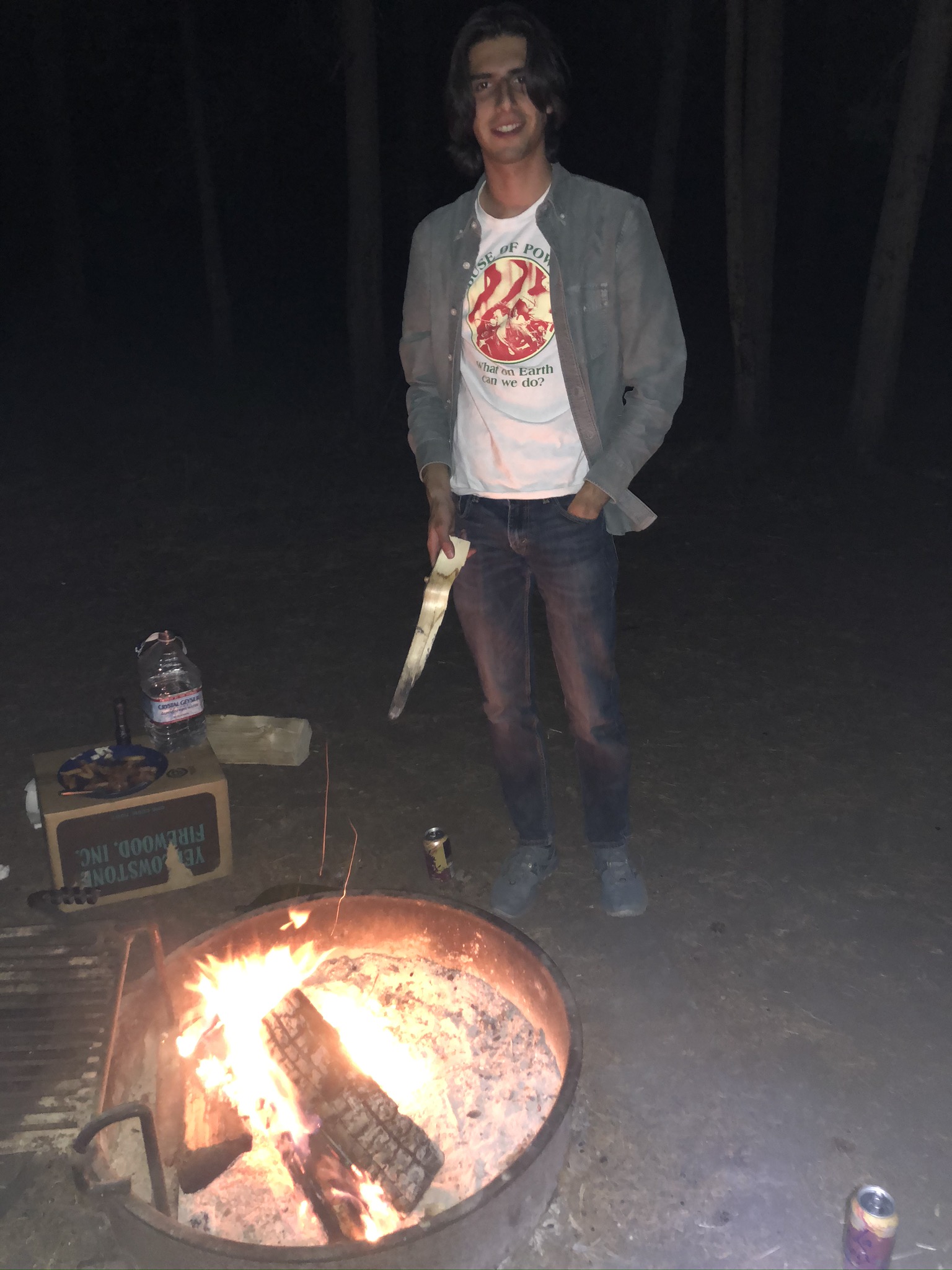 Also, that night it dipped below freezing, but we heated up some water on the fire, poured it into water bottles, and stuck them in our sleeping bags. Worked like a charm.